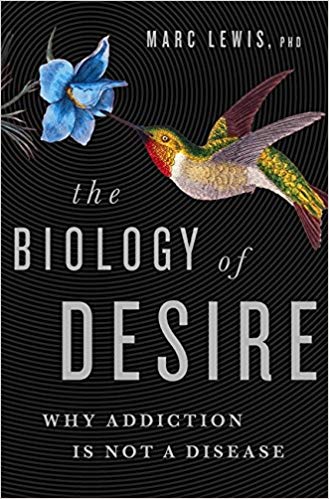 My Mother drank herself to death: alcohol induced asphyxiation. She choked on her own vomit and died, alone. I was thirteen, she was 40. The last memory that I have of her is the smell of death which lingered in the vacant apartment where she took her last drink and her last breath.

It was the day after the funeral and my heart was as heavy as the casket which I couldn’t carry out of the chapel before saying my final goodbye at the cemetery. I felt empty. Empty like the beer bottles which were strewn about her apartment, ornaments of her morbidity. I remember picking up one of the empties and wrapping my hand around the brown bottle. Perhaps like her, I was looking for answers. Maybe she had found hers. I’ll never know. Though It wouldn’t be long before I would understand the misery of an empty beer bottle.

I never lived with my Mother. At the time of her death I was under the guardianship of my Aunt and Uncle. My Father was in a federal prison where he had been since I was 8. Like the death of my Mother the loss of my Father was abrupt. I came home from school one day and he was gone. Left in his place was one among the many women on the circuit of his love life. She sat me down and handed me a tape recorder. I pressed play and by the end of the tape I was all alone. I’ve rewound that tape and played it again many times since. It always ends the same.

The last time I saw my Father I was the one wearing handcuffs. My legs were shackled and I was flanked by two armed correctional officers. I had been granted a “compassionate” escorted temporary absence from a Federal prison to visit him in the hospital on his death-bed. Like he did, I was serving an 8 year penitentiary sentence, except this was my second time down below, for Robberies. The irony continues to mock me like the iron handcuffs I was wearing that day which restricted me from clasping his weak and feeble outstretched hand as he gasped for air. I can still taste the cruelty and humiliation I swallowed in those last moments before saying my final goodbye. His hungry blue eyes told me that he loved me and it was time to go back to prison. My father died the next day, alone in a hospital.

I didn’t become an alcoholic because my mother was a drunk. Nor did I snort cocaine and rob banks because my father was a felon. That’s too easy. I’ve got two beautiful nieces and a nephew who’ve run a similar gauntlet of trauma in their young lives and they haven’t chosen to obliterate themselves with substances. Just like the fact that every Vietnam veteran who returned to the United States of America after the war didn’t keep injecting themselves with heroin.

I also reject the idea that I have a disease, as tidy of an answer as that would be for me to account for the trail of destruction that I have carved out in the course of the last 14 years. The prescription of a lifetime of evenings spent sitting in some church basement and proselytizing myself to the doctrine of Alcoholics Anonymous tastes about as good as the coffee they serve at the meetings. I simply cannot “fake it till I make it”, nor do I care to submit my will to a power greater than myself as a precondition to restoring my sanity; especially not when I am told that this “power” can be as hackneyed as a Styrofoam cup.

At the same time, I wouldn’t exactly say that my relationship with drugs and alcohol was a choice. At times, it felt about as much of a choice as going without water for a couple of days and deciding to pass on a drink from the fountain. To keep with the analogy, try holding your piss for a couple of hours. I suspect you will eventually give in, lest your bladder burst.

So what the fuck? If I don’t have a disease and I can’t stomach the canon of the Twelve Steps, what is there left to do? In Narcotics Anonymous I am told that there are three places for me: “Jails, Institutions, and Death!” (to really appreciate this prognosis I suggest chanting it aloud in a group). I’ve already been to Jail and I am pretty sure that I have spent more time in treatment centres than a doctoral student who has all but completed their PhD has spent in a University. If my addiction is really a bogeyman who is “out in the parking lot doing push-ups and waiting for me” like my last NA sponsor observed, death doesn’t sound so bad (and they should probably at least give me a whistle or some pepper spray to protect myself).

This is where my blog starts. I’m 32 years old and I have spent the entirety of my adult life in the clutches of “addiction”. I’ve spent a total of 22 months in residential treatment centres, 8 years in the penitentiary, and many months in between on parole in a halfway house. I’ve been diagnosed and medicated for mental health issues and explored the deep recesses of my mind with certified psychologists and psychiatrists. I’ve tried AA, NA, CA, and I even have a BA in Sociology. I’ve tried religion, read the Secret, and, for a period walked the Red Road. Yet, like a child who places his hand upon a hot stove, I keep getting burnt.

My last dance with the devil was about three months ago. I couldn’t hold my piss and found myself once again in a hotel room in the company of another hungry ghost and a near empty bag of coke. I didn’t know it at the time, but the Repeat Offender Parole Enforcement (ROPE) squad had set up surveillance on the hotel. It must have tipped them off when I didn’t return to the halfway house the night before. I remember glancing out the window as we coke users are known to do about every 15 minutes or so and seeing a police vest. With nowhere to run but the bathroom I did what came natural. I hid in the shower and proceeded to smoke cocaine resin while the cops outside threatened to come in and taze me if I didn’t give myself up. It’s one thing to be high on coke and think that the cops are outside. It’s a whole different level of outrageous when they actually are. Considering how much cocaine I had ingested over that 12 hour period, the idea of getting tazed wasn’t sitting very well and eventually I walked my arrogant ass out of the bathroom and into a pair of handcuffs before being jammed in the back of a cruiser and brought to the local jail.

My Father used to tell me that I had the unique ability to fall in a bucket of shit and come out smelling like a rose. I’m not sure what to call this fragrance but after 1 month in a local detention centre and 3 months back in Federal prison the Parole Board decided to grant me back my release, thorns and all, on the condition that I attend yet another treatment centre. On the day of my release, like a kid from a five-star binder commercial I had resolved that “this year’s going to be different” and tried to go in with an open-mind. If I’m anything, it’s resilient. Nevertheless, I wasn’t holding my breath. I assume my parole officer wasn’t either. I doubt it was a compliment when he told the parole board that I could teach the program at the treatment centre in stating his opposition to my release.

Last Friday I finished the program. My parole officer was right, I could probably have taught it. Then again, just because you know the game doesn’t mean you can play. If I took anything away from the program it was a book that I was given to read authored by the Canadian Neuroscientist and former addict himself Marc Lewis. His book The Biology of Desire: Why Addiction Is Not A Disease is informed by the latest research in Neuroscience, his own struggles with addiction, and the narratives of former addicts whom he interviewed as part of his research. The fact that Marc Lewis uses the past tense to refer to his addiction issues and those he has worked with is telling. Rather than embrace and accept that identity, as is the de facto precondition for membership in most of the twelve step groups, Marc Lewis suggests a path forward from problematic substance use which challenges the medical establishments disease model of addiction and suggests that addiction is nothing more than a relationship, no different from falling in love, sometimes with similar consequences. The idea that one can become a person for whom drugs and alcohol are no longer a problem because they have mastered the narrative of their own life and merged past, present, and future, autonomously, for me, is revelatory.

After 14 years of being told that “I am like a man who has lost his legs”, a sick, but rationally calculating addict with no hope but to have a spiritual awakening in acquiescence to a higher power and that god damned Styrofoam cup of stale coffee and twelve steps written at a time when scientists still believed that babies can’t feel pain, Lewis is speaking my language.

In my next blog post I will be exploring Lewis’s refutation of the disease model of addiction with comments related to my own experiences. The journey of self-discovery continues.

Rebellious kid looking for a place to scribble down his notes from the underground. View all posts by Leslie Law

10 thoughts on “Addiction Is Not A Disease? Now You’re Speaking My Language!”